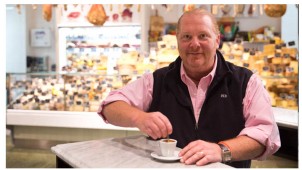 One of the most recognized and respected chefs worldwide, Mario Batali has created a successful restaurant and culinary empire. The co-host of TV’s The Chew will speak on all things food, his latest book, America Farm to Table, and why he thinks farmers are the next rock stars! Includes Q&A.

Golden Circle includes a copy of the book and preshow meet-and-greet.